Layout for a “multi-touch” interactive table with 4 screens.

IKESU worked with Tiny Big Story on a “multi-touch” interactive table (composed of 4 screens) for the Royal Museum of Fine Arts of Brussels, Belgium.
This initial idea proposed to the museum was to use the golden ratio and the Fibonacci spiral as base for the design of the interface. The central area (splited on the 4 screens), displays small thumbnails which can be drag’n’dropped in a specific area. The central shape looks like a flower (Fibonacci spiral) and evols slowly.
Once an image has been selected, the interface linked to that image opens (golden ratio) and gives to the user information (text, images, video and/or sounds).
Several users can interact with the table, and 4 differents contents can be displayed at the same time. 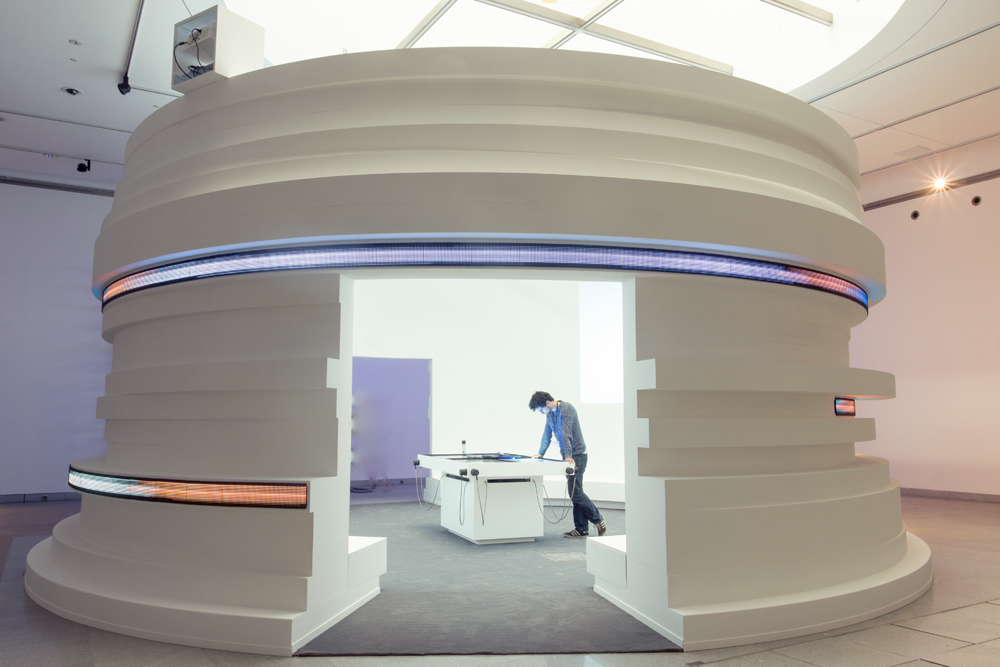 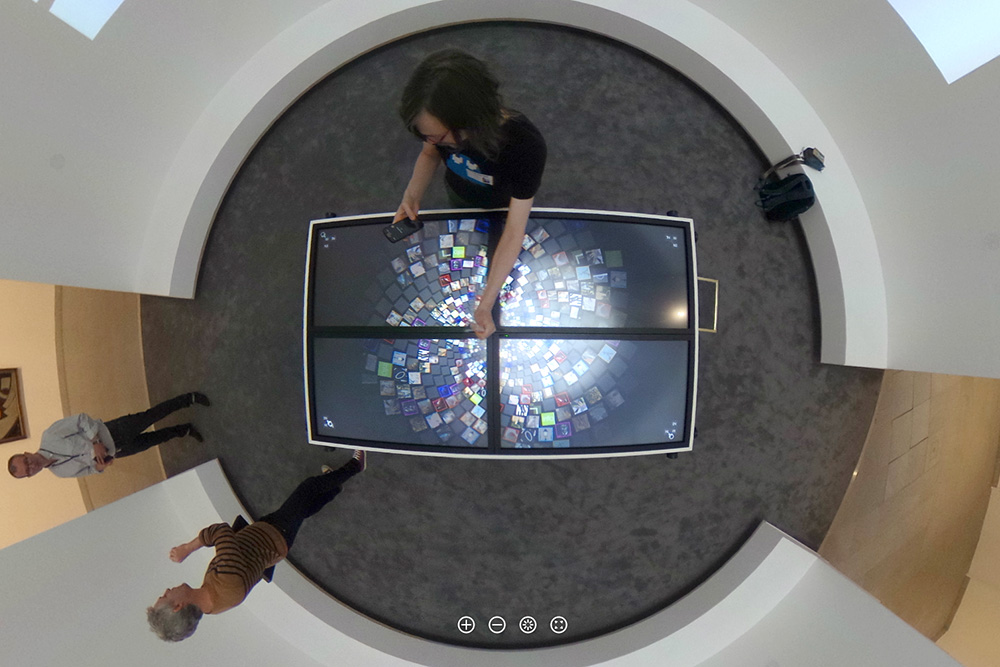 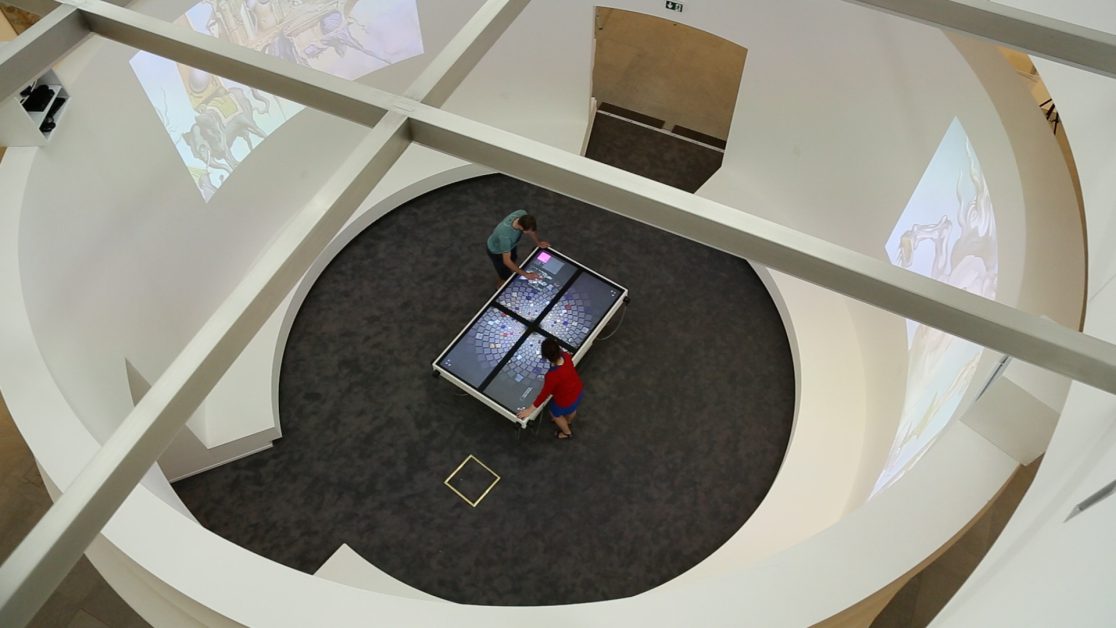 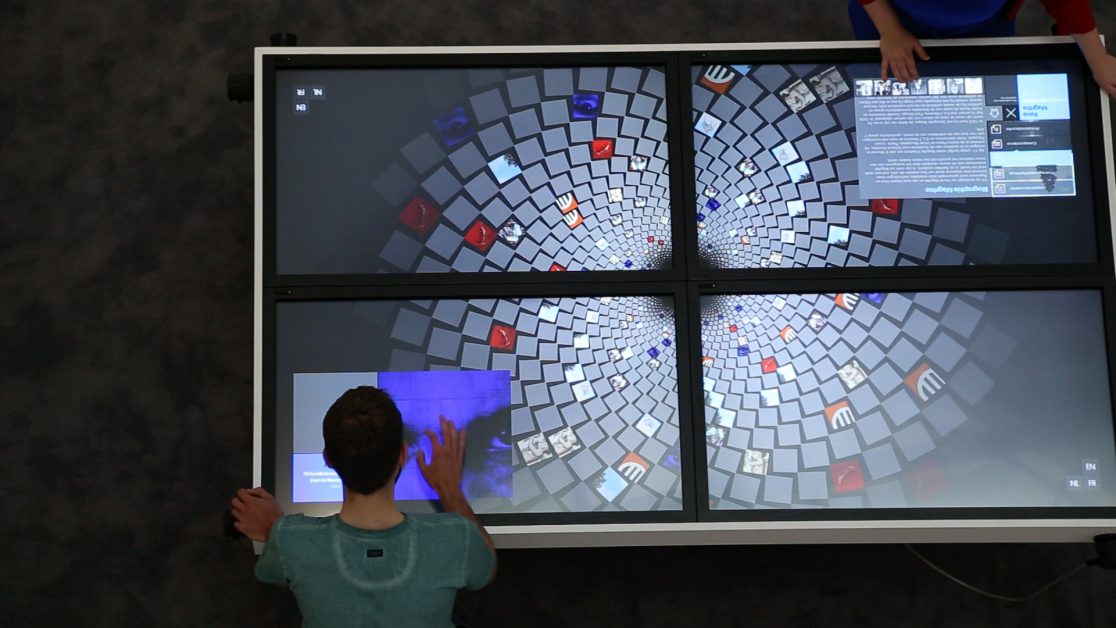 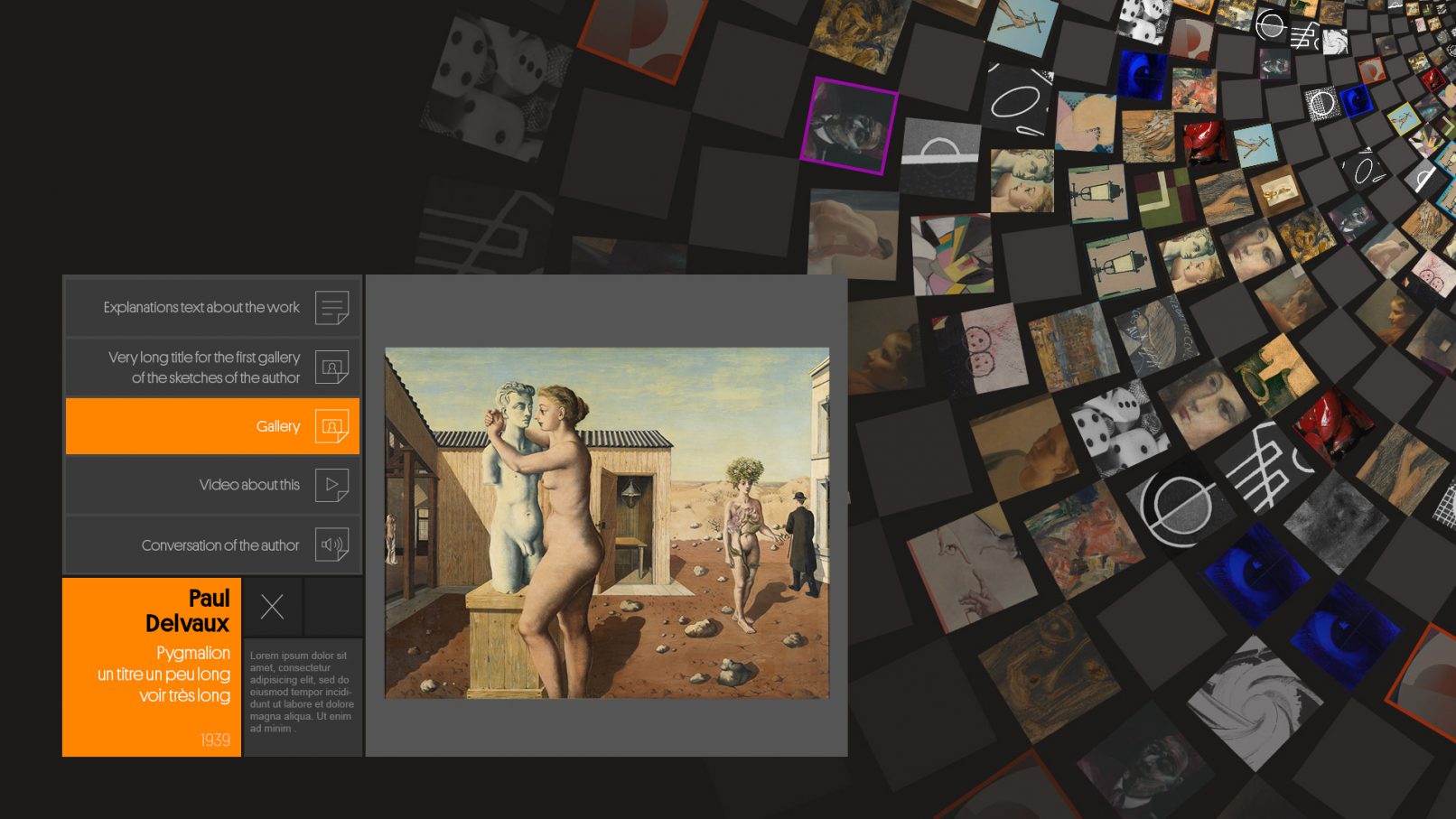